"I'm not a real person. I'm a legend.” – Jean-Michel Basquiat

Lucie Kaas, in collaboration with Artestar and the Estate of Jean-Michel Basquiat, introduces Basquiat into its curated collection of kokeshi dolls. In his short 27 years, Basquiat became a legend and one of the most acclaimed contemporary artists of his generation. 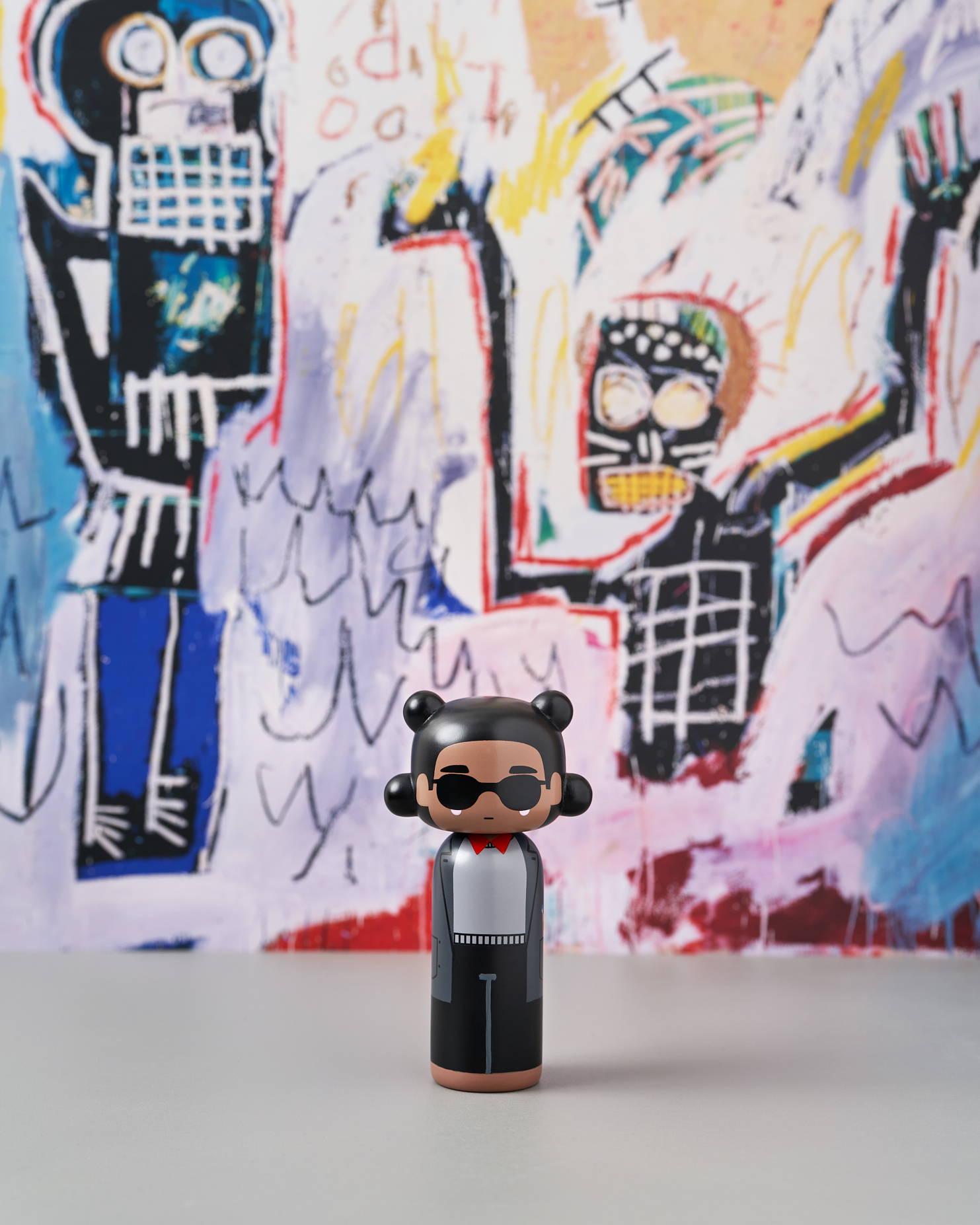 Born 22 December 1960, in Brooklyn, New York, Basquiat showed early-on the intelligence of his subtle yet overt way of communicating. Prior to his career taking off, he became known for producing and selling punk-inspired postcards and his political–poetical graffiti under the name of SAMO. In a short period of time, his art went from the streets to exhibiting in some of the most prestigious galleries around the world.

His works – a combination of oil paints, mixed media, poetry, and drawings – often integrated reflections and commentary on system­atic discrim­i­na­tion. It was this theme and Basquiat’s own ethnicity that often lead to him confronting racist clichés and prej­u­dices. He would be hailed as a prodigy and revolutionary while still being stereotyped as “primitive” or “a graffiti artist”, a title he rightfully rejected. Though emerging from the 1980s neo-expressionist movement, the themes explored through his artistry - inequality, racism and injustice - still find relevance today.

The Sketch.inc for Lucie Kaas collection is a celebration of icons and trailblazers. Jean-Michel Basquiat is widely considered one of the most important artists of the 20th century, and his inclusion makes a fitting addition as one of the most iconic and influential artists of his generation. The design of the doll by Becky Kemp, reflects a younger Basquiat, during his SAMO days before trailblazing through the global art scene.