IMPORTANT NOTICE - SHIPPING TO THE UK AND OVERALL COVID-19 DELAYS 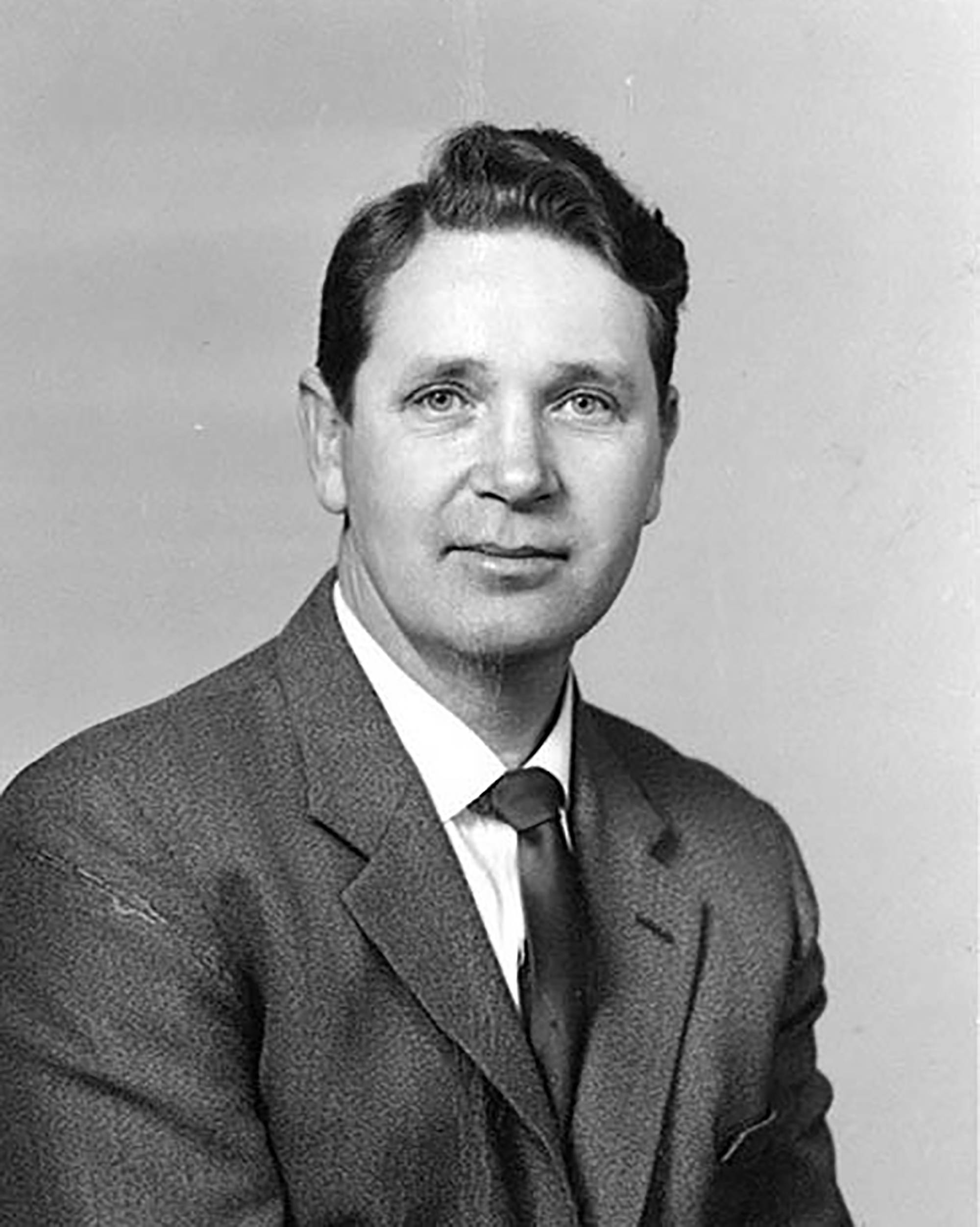 Arne Clausen (1923 - 1977) was diverse in his numerous works. He was not confined to a particular form of expression. His artistry included working with enamel, jewelry, paintings, illustrations and written prose. Many of these works have gained recognition and have been chosen for display at selected exhibitions within Europe. In the early 1950s, the Norwegian company Cathrineholm A/S employed Arne Clausen as an in-house decorator. Arne Clausen and his colleagues had the difficult task of producing utility and decorative items in transparent enamel on stainless steel. Clausen was fascinated with transparent enamel and dedicated time to experimenting with different methods to give objects a new dimension.

Though unknown at the time, this talent and interest in enamelware led to one of Scandinavia’s greatest design successes - the iconic ‘Lotus’ pattern. The true artist behind Cathrineholm’ s iconic ‘ Lotus’ pattern has been overlooked for decades. Though the enamelware company produced many products with different designs, it was the ‘Lotus’ pattern, designed by Arne Clausen that was their greatest success. Clausen conceived the pattern during his spare time while decorating a water kettle. Later, he suggested the pattern when tasked to come up with décor options on a new set of bowls.

“I remember him at home, cutting, and pasting the lotus icon to make the pattern, trying out different sizes on surfaces, on curves with varying space in between. He was very exact with his work.” 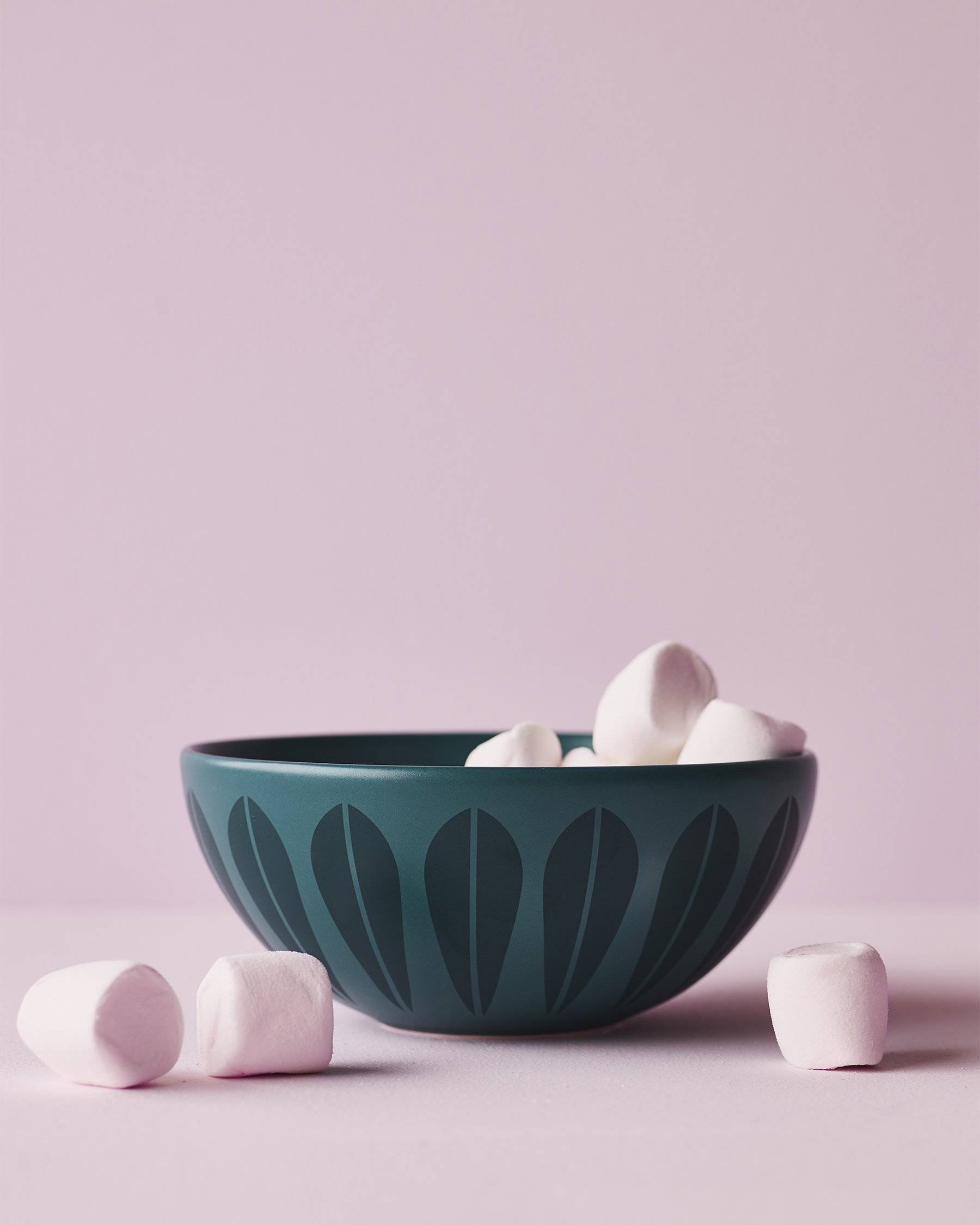 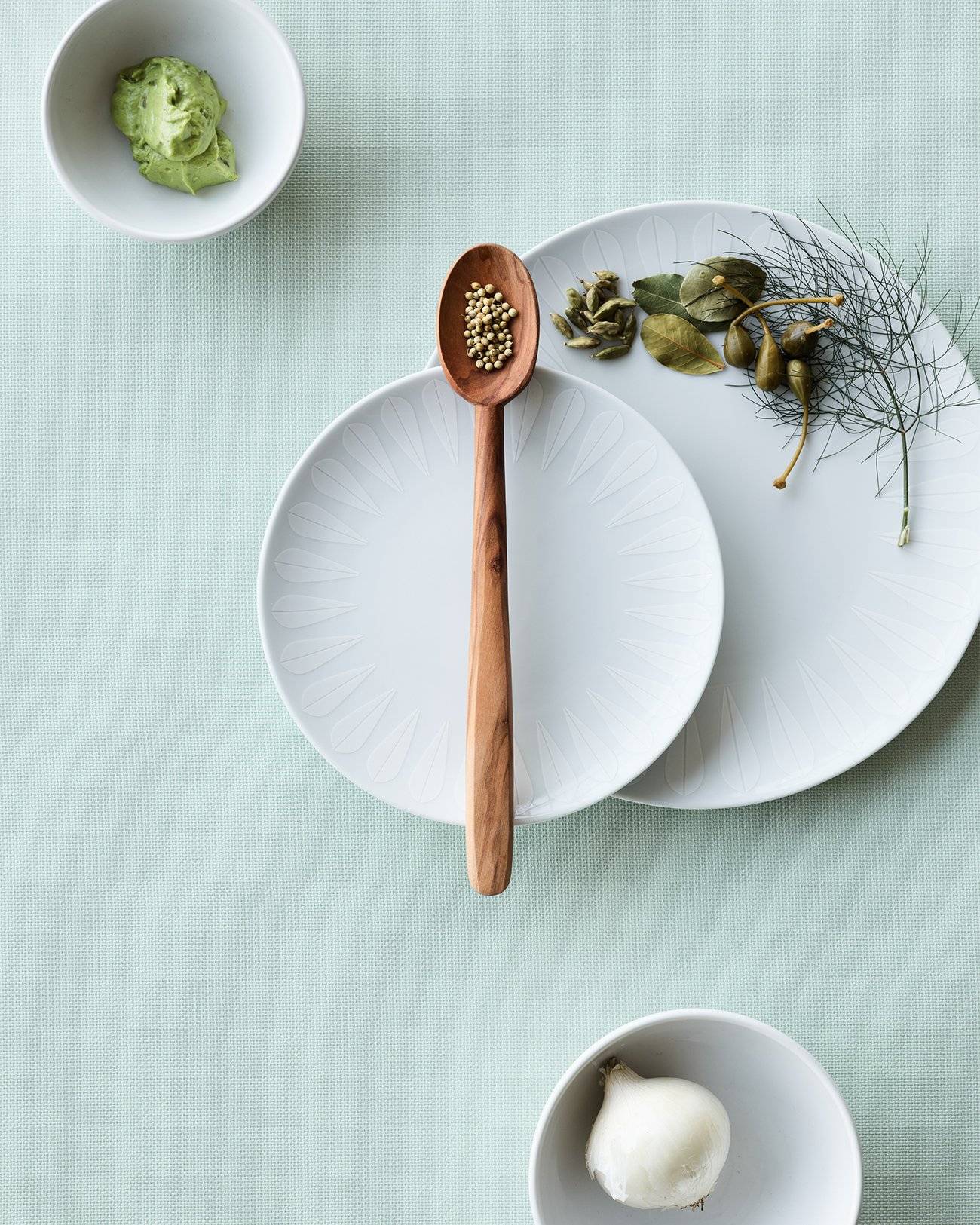